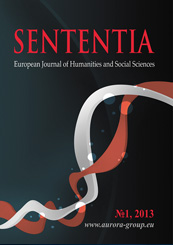 注释,注释: Based on the theoretical developments of the scientific philological school of the Ural Federal University (UrFU), the article analyzes the category of "artistic consciousness" and identifies an existential paradigm within this category. Special attention is paid to tracing the history of the study of the category "artistic consciousness" by UrFU scientists from the Soviet period to our time. The author of the article explores the origins of existentialism using the examples of writers and philosophers of the XIX century. As existential writers and philosophers of the XIX century, S. Kierkegaard, A. Schopenhauer, F. Nietzsche are represented among Western European thinkers and M. Lermontov, F. Tyutchev, F. Dostoevsky, L. Tolstoy, A. Chekhov are among Russian writers. The author of the article comes to the conclusion that the Russian literature of the XIX century is the bearer of unique ideas of religious existentialism. The author assumes the existence of an existential type of artistic consciousness, considered as a type of artistic and aesthetic interaction of a person with the world, expressed in artistic creativity, and suggests that in the twentieth century the existential consciousness of a free person who found himself in a world where "God died" fell into an enchanted circle of absurdity. The opposite approach, considering human freedom as a gift from God, suggests using it in the name of creative improvement. Such a path leads to harmony with God, elevating the human creator to the role of a co-author of Divine creativity.
关键词: absurd, determinism, religion, philosophy, theory of literature, russian literature, foreign literature, artistic literature, existentialism, free will
文章的正确链接:
Andreeva E.Y. — 文学文本翻译中转换的客观和主观性质 // SENTENTIA。 欧洲人文社会科学杂志. – 2022. – ą 3. – 和。 24 - 28. DOI: 10.25136/1339-3057.2022.3.36934 EDN: HKPJYR URL: https://cn.nbpublish.com/library_read_article.php?id=36934

注释,注释: The present paper is devoted to the study of objective and subjective character of translation transformations. The materials studied for the purposes of the research work relate to biographical novels by P. Kurth "Anastasia. The Riddle of Anna Anderson" and "Isadora: a Sensational Life" and their translations into Russian. As far as methodology is concerned, the methods of descriptive and comparative analyses are paramount in the present paper. The aim of the research is to analyze different types of modifications (substitution, permutation, addition, omission) to identify the inevitable changes in syntactic structures of the sentences, on the one hand, and the results of an individual approach of translators who are fluent in both Russian and English. It was revealed that all translation transformations can be divided into two groups: objective and subjective modifications. Objective transformations are the result of differences in formal and semantic systems of English and Russian, whereas subjective modifications help to express the degree of probability and emotional state or attitude of the characters towards some events, people or things. The conclusions and the main statements of this research paper may serve as a reason for the further study of the role of syntactic transformations in literary translation from English into Russian, as well as apply to the preparation of specialists studying English in lecture courses and seminars on topical issues of emotive syntax and literary translation.
关键词: substitution, transformations, literary information, adequate translation, equivalence in translation, literary translation, literary text, permutation, addition, omission
文章的正确链接:
Boulberhane M., Aouati S., Saad H. — 爱与创伤在"与狗的女士"和"了不起的盖茨比" // SENTENTIA。 欧洲人文社会科学杂志. – 2022. – ą 3. – 和。 29 - 39. DOI: 10.25136/1339-3057.2022.3.37458 EDN: GFJDSZ URL: https://cn.nbpublish.com/library_read_article.php?id=37458

注释,注释: This article is devoted to introduce a literary comparative study between two literary works written by the Russian novelist Anton Chekhov’s short story "The Lady with the Dog" and his American counterpart F. Scott Fitzgerald’s novel "The Great Gatsby". The goal lies in revealing the possibility of an existed influence between the two authors. Also, it reveals the similarities and differences of the aspects of love, ego, and trauma. Multiple articles dealt separately with the theme of love in both case studies, thus; the novelty lies in comprehensive comparative of the theme of love between the original authors and their protagonists, as well as with the protagonists themselves. Another novelty is presented in comparing other psychological aspects of trauma and ego of Gurov and Gatsby. The research employs the historical, analytical, comparative, and psychoanalytical methods. The author, specifically, bases his comparison on the Freudian view of love and trauma to analyse the psychological struggle after the love loss experienced by both protagonists; Gurov and Gatsby. Both of them fall in love with women they cannot be with because they are both married to other men, so they both experienced traumatic situation that the protagonists could not get over it. The acquired results can be used both in the practice of literary psychoanalytical criticism, and practice in the filed of comparative studies.
关键词: comparative study, Russian literature, American literature, psychoanalysis, love and trauma, isolation, ego, Freud, Chekhov, Fitzgerald
文章的正确链接:
Cheglakov A.D. — 现代木雕创作中的组合方法 // SENTENTIA。 欧洲人文社会科学杂志. – 2022. – ą 3. – 和。 40 - 46. DOI: 10.25136/1339-3057.2022.3.36017 EDN: GZFRVT URL: https://cn.nbpublish.com/library_read_article.php?id=36017

注释,注释: The article demonstrates how the assemblage technique manifests itself in modern wooden sculptures. The author shows what assemblage is and what is the essence of this method. In addition, close attention is paid to another innovation of avant-garde culture – organic art, according to the philosophy of which the world is represented as an organic whole, a single system with its own laws. By the example of M. Matyushin’s pedagogical system, the natural connection between man and nature in works of art is shown. On the basis of the developed creative method, it is presented how modern art can combine such avant-garde tendencies as, for example, organic art and assemblage. Another important methodology, close to the technique of assemblage, and at the same time bordering on the practices of kinetic art, is the creation of sculptures, the elements of which can be rotated. The synthesis of methods and materials allows us to expand the boundaries of art by introducing non-artistic materials into the creative circulation. The main idea of this approach is to enlarge the context in which the work of art we have created exists, to enrich its history. It is stated that the wooden sculpture provides the creator with ample opportunities for experimentation. The ideas and plots of wooden sculptures embody various ranges of artistic diversity of decorative and applied arts.
关键词: a wooden sculpture, an assemblage, a collage, organic art, artistic creation, Russian avant-garde, Matyushin’s pedagogical school, synthesis of materials, author’s method, decorative and applied arts